One of the more intriguing things for me to be announced at this years Apple Special Event, was the Apple TV 4K. As their 6th revision (5th generation) of this product, it should have a leg up on the competition, right? Well, let’s dive into the specs and find out if it has what it takes.

Right out of the gate we can tell Apple is not messing around. They announced the Apple TV with the bold “4K” right in the product title. To me this seemed like a big deal, since they haven’t changed the name of the Apple TV in the previous 4 generations. With the extra letters in the title, it might give more people a reason to make the upgrade.

But is the 4K attribute worth it? If you have a display that supports 4K, and an internet connection fast enough to stream it, then you already have many titles you can stream in 4K beauty. It also supports HDR (High Dynamic Range), so if you want that extra vibrant color, make sure your display supports HDR as well.

As far as the look and feel, it doesn’t look like we’ll get much variance from previous generations. The only real difference I could find is that on the Siri Remote, the Menu button is highlighted with a bit of a white outline. Not that that matters a whole bunch, but either the design team was lazy, or they figured “if it ain’t broke, don’t fix it.” I thought that the device would at least get smaller or lighter (it seems as though it may be lighter than the 4th gen by about 10 grams).

The storage capacity is staying the same with 32GB and 64GB models, and while they didn’t mention RAM capacity, I imagine that it is at least 2GB. The units will be priced at $179 for the 32GB model and $199 for the 64GB model.

The processor is getting a huge upgrade. The Apple TV 4K sports the A10X Fusion chip which we first saw in the iPad Pros released earlier this year. It’s half the size of the chip in the 4th gen Apple TV, but more than twice as fast, and has a 12 core GPU. You really need that kind of power when dealing with 4K video.

The 4K is cool, and the hardware is beefier, but we also get an upgrade in software, enter tvOS 11. They have packed the Apple TV with an upgrade to all your favorite screen savers, remastered in 4K HDR. The new OS will also support controlling multiple AirPlay 2 devices.

The sports section is getting an upgrade too! You can set your favorite teams so you can get advance notifications of games, and see highlights of previous events. While browsing for a game to watch, you can see an overlay of the time left and the current score to help you decide which game you would rather jump into. There is also the option to disable seeing scores if you don’t like spoilers.

Apple has stated that many of your favorite titles are already available in 4K, and at the same price as their HD versions. On top of that, any titles you already own in iTunes Movies will be automatically upgraded to the 4K as they become available.

Apple also took some time to show off the capabilities of the processor by showing some game play of Sky by thatgamecompany. It looks impressive enough for a set top box. Honestly though, if you’re buying an Apple TV for gaming, well… okay I admit I do game on an Apple TV, but just Crossy Road. If I want more action-packed gaming, I go to the PC or Xbox. However, with the higher specs of this Apple TV, it may just become a more viable gaming platform for the next generation of games (but don’t hold your breath).

So where will this put Apple in terms of its competition? Well, according to eMarketer.com, Apple’s market share of set top box devices was 21.3% as of July, 2017, with Roku having the lead. Personally, I opt for a smart TV with the streaming apps built in, so I don’t need anything connected to it. But if you already have a great TV, and just need an extra device to help you stream content, Roku, Chromecast, and Fire TV are far cheaper options than Apple TV. A Roku Premiere+ is $89.99, and you can get a Roku TV (an actual TV with Roku built in) for as low as $139.99.

What about 4K quality? The Roku and Chromecast devices already support 4K HDR. So, if it’s only the quality you’re looking for and not the gaming or sports features, then a cheaper device will do just fine.

In my opinion, this change may not ultimately affect Apple’s standing in the set-top box race. It’s a good change, but late to the game. What are your thoughts on the Apple TV 4K? Are you considering getting one? Why or why not? Let us know in the comments! 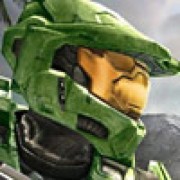 Code Monkey Extraordinaire. I like to code, and there's not many programming languages I don't know at least at a beginner's level, though I focus more on web-programming since I believe that's where the future is.

The Absolute Idiocy of SDCC vs FanX