Like many of you, we here at Stolendroids have been glued to our screens anxiously gobbling up any and every little bit of Comic-Con goodness that we could find. And if you haven’t heard already, let me be the first tell you about the Flash movie tentatively scheduled for 2020. WE GOT A NAME! And it’s a biggie!  Collin give me a drumroll please…….!

Now, assuming you’ve been watching The Flash on CW or Netflix, I’m sure you all know the plot behind Flashpoint and incase you don’t, here’s a quick run down. What I want to talk about is the implications this story has on Batfleck and the recent rumors about a casting change, which Scoops Mangum covered (Batman in Doubt)  for more on that. Now if the rumors are true AND WB/DC is actually looking for an easy out for Ben Affleck, this is it. With the introduction of a younger Thomas Wayne (Bruce Wayne’s Father) in a parallel universe they will be able to write him (Ben Affleck) out with a quick cameo, dedicate the entire movie to TW and re-introduce Bruce as different actor and write off it to the continuity change of Flashpoint. Easy Peasy just like the comics.

Now the question begs: Who do they cast in his place? Much has been made about the ages of the DC heroes and how much younger they are than Ben Affleck, do you think it matters? Do you even care? These are the questions that keep nobody up at night. These are the questions I ask to fill out this article, which is obviously built on nothing but speculation and rumors that I myself have started. Does this mean that the Age of Heroes has finally arrived? Ponder those questions while I re-watch this “Thor: Ragnarok” trailer for like 19th time tonight. 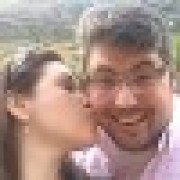 Where in the Marvel Universe Is the Soul Stone?

Toy Story 4 – The Sequel That Reaches for the Sky

THE RISE OF SKYWALKER Has A New Poster