Amazon apparently believes I am that person, because it has been recommending Critical Failures by Robert Bevan to me for a good year now, so I figured I’d give it a try.

The short of it is this: a group of friends prepare to play a game called “Caverns and Creatures” after hours at a chicken joint. They’ve invited a stranger to be their game master. He arrives, is weird, and is mocked for his weirdness. They begin playing their game, things proceeding as normal for a short time, and then the stranger banishes them by mystical means to experience real life as their chosen in-game characters. It turns out that the friends are kind of idiots who can get by as idiots in real life, but it’s a different story when magic and medieval weapons are involved.

I’ve read stuff with less potential than that setup.

On the downside, parts of Critical Failures seem right out of a textbook on how to not write a novel. The antagonist doesn’t have motivation. He exists because the author needed a way to put his characters in his fantasy world. The main characters are completely indistinguishable from each other. They think the same, talk exactly the same, and all equally care about dropping the best mom joke. There are no character arcs. There is no satisfying story circle (this is a great explanation of the story circle concept). It substitutes vulgarity for humor.

The book kind of sucks because of all that noise. And yet… there’s a little something here. This is not a book for a mass audience, but there’s a particular type of reader that will enjoy what Critical Failures has to offer. The time old tradition of guy friends busting on each other will resonate with some readers. The book proposes a “what if” that is kind of fun to think about – how much would or should a person really trust their closest friends in life or death situations?

Bevan has two big things working in his favor as an author. First, providing an interesting close to a story is something that even polished professionals struggle to do (looking at you Cuse and Lindelof, not that I’m still bitter) and Critical Failures has one of the most unique mini-twist endings I’ve ever read – it concludes in a way that is interesting to a rare degree. I wouldn’t say the payoff is worth the read for just anybody, but how the final pages go down is meaty. Second, Bevan is committed. He’s written a lengthy series of these books, including what appears to be a collection of side stories. One of the hardest things for an aspiring author to do is just pull it together and write. Bevan owns it. I respect it.

Critical Failures gets a hard fought two stars, and by the way, your mom called. It was for you this time. 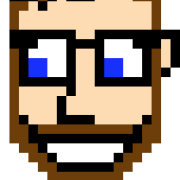 Forget the Karate Kid, Billy Zabka Is Back, Baby!

This Is What's Wrong with the Gaming Industry

First Thoughts on the First Episode: the Orville