The newest entry in Nintendo’s much-beloved series Animal Crossing was finally given its first look during Nintendo’s E3 Direct. The newest entry of Animal Crossing for the Nintendo Switch is named Animal Crossing: New Horizons and players are no longer in villages. The new entry looks to be changing some things up this time around. Your villager is becoming more of an Islander. In New Horizons, you find yourself taken by Tom Nooks airline to a deserted island. You spending your time doing much more than fishing and bug collecting.

The trailer for New Horizons showcases new gameplay features coming to Animal Crossing. The game introduces new mechanics such as crafting, farming, and maintaining the outside areas of your home (landscaping). Your character is seen running into a shop run by Tom Nook to make yourself a flimsy ax. While exploring your deserted island, you find materials used to craft these new items which help build furniture and tools. Villagers are a trademark of the series and are still a large part of the game. However, they come to your deserted island after they’re recruited. The game also may have some multiplayer capabilities.

Animal Crossing: New Horizons release date was announced and it’s coming later than originally anticipated. When the game was first announced, it was slated for a 2019 release but has been delayed until March 20, 2020. 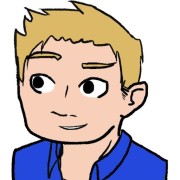