In the 35 years since Super Mario Bros. was first released, everyone’s favorite plumber has appeared in quite the assortment of games. These are primarily either 2D or 3D. If you happened to miss any of these, you definitely missed out; however, you now have the opportunity to discover (or rediscover) three of Mario’s most memorable 3D adventures!

Nintendo says that each game has been upgraded with higher resolutions, including a 16:9 screen ratio for Super Mario Sunshine. Also, as expected, the controls have been updated for use with the Switch’s Joy-Con controllers.

Super Mario 3D All-Stars arrives on September 18 but will be gone at the end of March 2021, so don’t wait to get a copy for yourself. In fact, you may just want to pre-order a copy while you’re thinking about it.

This post contains affiliate links. If you click on them and make a purchase, we receive a commission at no extra cost to you that goes to help to support Stolendroids. 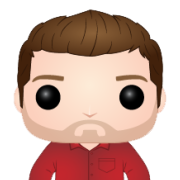 Get Ready to Binge Disney+